To the attention of participants of foreign economic activity! Incident in Azerbaijan. 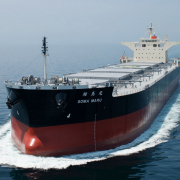 According to the "Caucasian Knot", three sailors of the Iranian vessel died as a result of poisoning in the Caspian Sea during the transition from Azerbaijan to Iran. This is an example of what the use of vessels that do not meet the requirements of safe fumigation leads to.

According to the source, Azerbaijani border guards brought to the shore Iranian sailors who asked for help in connection with the poisoning. Three sailors died on the way to the shore, eight were hospitalized. Two victims remain in the medical facility.

A report that chemical poisoning had occurred on the Iranian vessel and the sailors needed help was received by the Coast Guard on October 18 at about 21.20 (20.20 Moscow time). The bulk carrier "Nazmehr" was in the Azerbaijani sector of the Caspian Sea, 21 miles from the island of Pirallahi, the State Border Service of Azerbaijan informed today.

According to the department, the coast guard patrol boat arrived at the vessel by 00.30 (23.30 Moscow time). Of the 12 crew members of the bulk carrier, seven were unconscious. 11 victims required hospitalization, three of them died on the way to the shore, according to a statement on the website of the State Border Service of Azerbaijan.

Eight victims were hospitalized in the Republican Poison Control Center. Today, by 15.00 (14.00 Moscow time), six of them were discharged, the correspondent of the "Caucasian Knot" was told in the medical institution.

"The condition of two more is satisfactory, there is no threat to their lives," said Azer Magsudov, head of the Republican Poison Control Center.

According to him, the causes of poisoning are being established. "Apparently, the poisoning came from a chemical substance used in the transportation of wheat," a source in the Azerbaijani Transport Ministry told the "Caucasian Knot" correspondent.
The Iranian Embassy in Baku confirmed to the "Caucasian Knot" correspondent that "most of the sailors were released from the hospital."
Link to source: http://www.kavkaz-uzel.eu/articles/326871/