On the prohibition to give and receive gifts 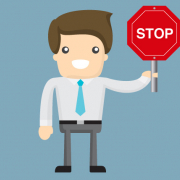 The federal state-owned enterprise "Republican Fumigation Squad" in connection with the upcoming New Year and Christmas holidays reminds of the need to comply with the legislation on the prohibition to give and receive gifts.

The provisions of the anti-corruption legislation and the Civil Code of the Russian Federation, as well as the regulation and code of ethics and anti-corruption adopted by the Enterprise, contain a ban on giving gifts to persons replacing positions of the state civil service and employees of organizations created to perform the tasks assigned to federal state bodies, as well as on receiving gifts by them in connection with the performance of official (labor) duties (implementation of powers).

Receiving gifts by officials in other cases is a violation of the prohibition established by the legislation of the Russian Federation, the Civil Code of the Russian Federation and the Code of Ethics and Combating Corruption at the Enterprise creates conditions for the emergence of a conflict of interest, calls into question the objectivity of their decisions, and also entails liability provided for by law up to dismissal due to loss of trust, and in the case of, when the gift is regarded as a bribe - criminal liability.

Also, the receipt of gifts by officials in off-duty hours from their friends or other persons in respect of whom officials directly perform the functions of public administration is a violation of the established prohibition. Officials are advised to refrain from receiving gratuitous services, the results of work performed, as well as property, including for temporary use, since it is forbidden to receive gifts in the form of any material benefit to an official.